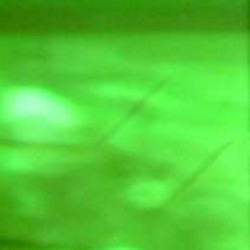 Textures and patterns woven into an aural fabric to create a magical sonic carpet.

Review:
“Credited to Jon Vaughn, Carrie Gates and Scant Intone, three live tracks recorded at PAVED Arts (in Saskatoon, Canada) are testaments to the imagination-inducing powers of small sounds. Titled “Spindle”, “Needle”, and “Loom”, they are marvels of minute sonic artifacts. Until a humorous gargle appears toward its close, “Loom” sets a low hiss behind dropped trinkets, eventually dissolving into something utterly private and crackling. “Spindle” goes from light air currents to greedy static before folding into (nearly) pure tone. And “Needle” is, by far, the most inherently consistent of the batch, comprised as it is of small scrapings and distant, jittery noise.”
—Marc Weidenbaum, Disquiet