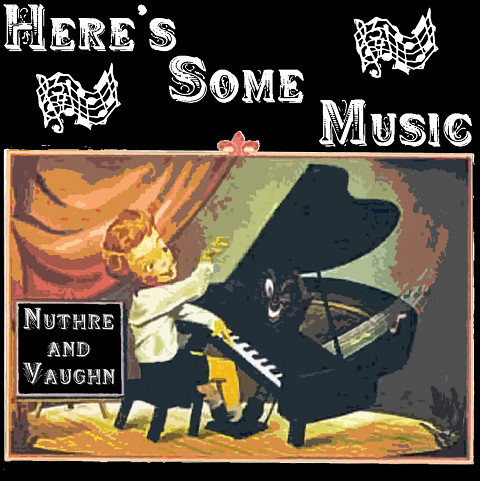 Here’s Some Music is Nuthre and Vaughn’s most challenging and hallucinatory collection of works yet…a real mind-bender! All sounds were recorded exclusively in the Electronic Music Lab at the University of Saskatchewan’s Music Department, late at night on two occasions in two different years. One of the recordings took place September 10, 2001, Part Two, a premonition of the chaos that the world would feel that next morning. Part One, is a post-911 composition of 2002, with the message that when all else fails, oh well, “Here’s Some Music”! Nuthre and Vaughn’s first collaboration for BricoLodge, and the their third collaboration to be released on net.labels, with other releases on Nishi and Panospria.

Part One recorded in 2002 at the Electronic Music Lab in the University of Saskatchewan, date unknown. Nuthre-computer & cds; Jon Vaughn-no-input mixing board, percussion, voice, synthi 100