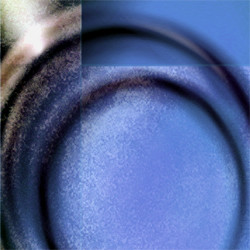 Review:
“By listening to this 5-track release by the Montrèal, Quebec, Canada-based duo Endos, which consists of such experimenters as John Brennan and Shane Turner, it did evoke many thoughts and dormant sensations to surface. Of course, it comes out from Montrèal, which is a fertile soil for every kind of art, including the music, including the experimental sort of music: Tim Hecker, Martin Tètreault, Muhr, Simon Trottier, Nicolas Bernier, Akufen, and loads of GYBE-related projects. Let’s add to it a bunch of other artists who have been involved both with the city and in such labels as Alien8 Recordings, Constellation, Where Are My Records, Camomille, Epsilonlab, Panospria/No Type. Indeed, the recent issue which initially was issued in February of 2005 is a part of the discography of the latter labels. For me, it is an outstanding issue due to its fluctuating nature being somewhere between a ghastly noise fractal, glitched-out incantations and concrete sound-based hazy reality, however, one could never forget the issue is produced somewhere in the northern hemisphere somewhere quite close to the subarctic latitudes. Furthermore, it sets up my brain to think of it as an emotional one though it does have nothing in common with superfluous and wasted emotionality of the pop artists. The final track ‘White Dots, Red Bubbles’ is a little poppy in its sentimentality though having nothing in common with brainless pop artists. As I have already said its is a truly praiseworthy outing. It is the pure sound.”
—Borealiscape, Recent Music Heroes